“Our study is the largest analysis of dairy and Parkinson’s to date,” said Katherine C. Hughes, ScD, of the Harvard T.H. Chan School of Public Health in Boston. “The results provide evidence of a modest increased risk of Parkinson’s with greater consumption of low-fat dairy products. Such dairy products, which are widely consumed, could potentially be a modifiable risk factor for the disease.”

In a meta-analysis, looking at a group of studies, the researchers found that total dairy intake was associated with an increased risk of Parkinson’s disease.

The overall conclusions from these studies was that frequent consumption of dairy products was associated with a modest increased risk of Parkinson’s disease.

It is important to note that the risk of developing Parkinson’s was still very low. Of the 5,830 people who consumed at least three servings per day of low-fat dairy at the start of the study, only 60 people, or 1 percent, developed the disease over the study period. In comparison, of the 77,864 people who consumed less than one serving per day of low-fat dairy, 483 people, or 0.6 percent, developed Parkinson’s.

One limitation of the study was that early Parkinson’s symptoms may have affected the dietary behaviors and questionnaire responses of study participants.

More research is needed before recommendations can be made about dairy consumption. 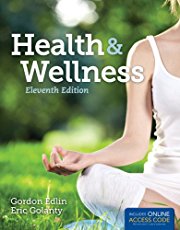